Swiss Chalet is looking for Delivery Drivers for our Peterborough location!

For over 30 years, Swiss Chalet has been a trusted Delivery choice for Canadians. We proudly deliver our famous rotisserie chicken, fresh-cut fries, smoky BBQ ribs, and signature Chalet dipping sauce - right to your door!

We're searching for individuals who can help us serve our local communities, by picking up and dropping off Swiss Chalet delivery orders.


Please note that all applicants for delivery drivers must have a valid driver's license, a reliable vehicle, appropriate insurance as well as a smart phone with a data plan.

Set your Own Hours.

Be your own Boss.

Support a Canadian iconic brand within our local Canadian communities.

The health and safety of our Guests, Associates, Drivers, and local communities has always been our top priority. At this time, we're reinforcing our already rigorous standards and operating procedures for food safety and personal hygiene. We've also introduced additional measures to keep everyone safe.

We comply with all recently announced flexible ruling from The Government of Canada and the Canada Emergency Response Benefit (CERB). 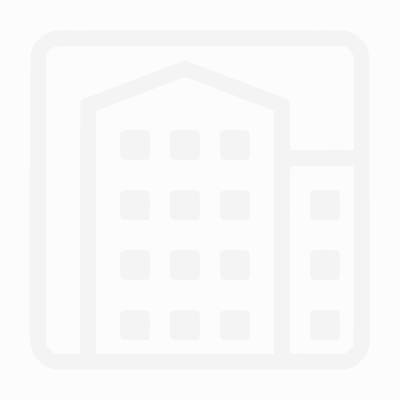 ‌
Julie DentonChief People OfficerJulie Denton is the Chief People Officer for Recipe Unlimited Corporation, with responsibility for Human Resources, Communication, Talent Development, Centralized Training, Cultural Design and Execution. Julie joined Recipe from Finastra, a global Fintech company employing 10,000 people, where she was the Vice President of Enterprise Project Management and Integration. Prior to Finastra, Julie led Deloitte's National Human Capital Public Sector practice and was also the Toronto Public Sector Industry Leader. Before joining Deloitte, Julie was the Director of Organizational Effectiveness at Barrick Gold where she was responsible for strategic planning and execution, organizational change management and leadership development. Julie has more than 20 years’ experience in consulting and industry. She has led numerous complex and large scale transformation programs with a focus on strategy, integration planning and execution, operating model design, talent strategy and cultural development. Julie is a strong facilitator, recognized coach and developer of talent. She holds a Bachelor of Science degree from Dalhousie University and received her MBA from the Rotman School of Management at the University of Toronto.
‌
Ken GrondinChief Financial OfficerKen is the Chief Financial Officer of Recipe Unlimited Corporation, a position he has held since October 2013. Reporting to the CEO, Ken is responsible for all finance related functions including corporate, board and public reporting, financial controls, planning and budgeting, tax and regulatory compliance, treasury and insurance. From a shared service perspective, he also leads the company's legal, human resource, information technology, real estate and franchising areas that support both corporate and franchise operations. Prior to joining Recipe, Ken was Chief Financial Officer and President of Financial Operations for The Brick Group from 2011 to 2013, where he partnered with the CEO and Chairman of the Board to lead the execution of The Brick strategic business turnaround plan and 2013 sale to Leon’s Furniture. Ken was Senior Vice President and Chief Financial Officer for Parkland Fuel Corporation from 2009 to 2011 and held the position of Chief Financial Officer for Nygård International from 2001 to 2009. Earlier in his career, Ken was a Tax Partner with Arthur Anderson and Price Waterhouse. Ken is a Director of Peak Achievement Athletics and Elswood Investments. He holds a Master’s Degree in Accounting from the University of Waterloo and is a Chartered Accountant, Certified Management Accountant and a Chartered Business Valuator.
‌
David AisenstatPresident and CEO, Keg Restaurants Limited, and Vice Chairman, Board of Directors, Recipe Unlimited CorporationDavid Aisenstat is President and CEO of Keg Restaurants Limited. Following a business merger with Recipe Unlimited Corporation in January 2018, David assumed leadership of the Milestones, Bier Markt and Landing restaurant brands. He is also Vice Chairman of the Recipe Board of Directors. David has spent most of his life in the restaurant business learning from his father Hy, a giant of the industry and owner of the famous Hy’s Steakhouse chain of which David eventually became President in 1988. In 1997, David purchased The Keg Steakhouse + Bar chain, one of Canada’s most renowned premium casual restaurant chains.
‌
Frank HennesseyCEOFrank Hennessey was appointed Chief Executive Officer of Recipe Unlimited Corporation in May, 2018 bringing more than 30 years of restaurant, food manufacturing and grocery retail experience. Frank returns to Recipe where he held various executive leadership roles including Vice President of Purchasing and President of Harvey’s restaurants. Following several years of organizational growth and change, Frank takes the Recipe helm at an exciting time and will work with leadership to guide the company through the next levels of transformation, innovation and growth. Prior to joining Recipe, Frank was President and CEO of Imvescor Restaurant Group for four years and had great success turning that company around, growing sales and increasing shareholder value. From 2011 to 2014, Frank held the position of President and CEO of Bento Sushi. Frank holds an undergraduate degree from Western University and a Master of Business Administration from the Rotman School of Management at the University of Toronto.
‌
Bill GregsonExecutive Chairman, Board of DirectorsBill Gregson was appointed Executive Chairman of the Board of Directors for Recipe Unlimited Corporation in May, 2018. Bill joined Recipe in 2013 as Chief Executive Officer and Chairman of the board. During this time, the company grew from $1.2 billion to $3.4 billion in sales and went public as profits turned from negative to positive. The company also embarked on an acquisition strategy and grew from FIVE brands to 18. Previously, Bill was President and Chief Executive Officer, and Chairman of the Board of The Brick Warehouse LP from 2009 to 2013 and led the company through a significant turnaround and eventual sale. He also served as President and Chief Operating Officer of the Forzani Group where he was part of the team that turned the company around before leading it on to significant growth during the 11 years he was there. Bill is the Chairman of the Board of Golf Town Limited, Chairman of Toys R Us Canada, an advisor to Sporting Life and a director of Peak Achievement Athletics.

This property is a franchise of
Recipe Unlimited Corporation